Kate Tracey landed the Placepot at Stratford to four lines on Wednesday and Alan Thomson is now in the hot-seat for the action on Thursday.

Wow! With ten races at York, plus eight at Newmarket, Thursday’s adrenalin-pumping action isn’t for the faint-hearted. The ITV cameras are at both meetings, so armchair punters are in for a treat. My game-plan is to play a couple of combination exactas and trifectas in the afternoon before unwinding in front of Sky Sports Racing with an early-evening Chepstow Placepot. Let’s get cracking.

Have you tried Tote yet? Join today and receive a £10 risk free bet.

12.25 YORK
Like moths to a flame, many punters are irresistibly drawn to big-field handicaps and you can count me in, especially when racing round a bend. York’s 17-runner curtain-raiser over seven furlongs is a siren call to action so here goes with a combination exacta comprising five horses. Ideally, we want the favourite out of the first two places but on this occasion it seems prudent to include in-form market leader La Trinidad (1). Roger Fell’s gelding is on a hat-trick following victories at Beverley and Doncaster, latterly hosing up by five lengths on Town Moor. Up 12lb, he will find life more troublesome but there may be more left in the locker. Heavy rain is forecast overnight and, if the Met Office has got it right, mud could be flying on the Knavesmire. Bearing that in mind, Abstemious (3) is pencilled in given his proven penchant for soft ground. Nigel Tinkler has kept him fairly busy, stripping here only six days after a fine second to Chairmanic at Haydock. Abstemious travelled strongly before being headed at the furlong pole and it was a similar scenario at Doncaster in mid-June when tried over a longer trip. Throw in a York victory on soft ground last July and Abstemious should be thereabouts, especially as he is due to go up 4lb in future.

Black Caspian (9) was almost two lengths behind Abstemious at Donny and wears cheek-pieces for the first time. They are both drawn wide, which would normally be considered a negative, but if significant rain has fallen there is every chance jockeys will shun the far rail and head up the middle. End Zone (7) is another hung out wide and David Simcock gives the gelding its first start in a handicap. Twice a beaten favourite last season, End Zone has the services of champion jockey Oisin Murphy and doesn’t look badly treated off a 79 rating. Richard Fahey has made a triple entry, with Hartswood (2) a bit of a wild card. He lost out in a blanket finish in a Novice Stakes at Haydock (soft) and ended the season with a solid sixth to Summer Sands in Redcar’s valuable Two Year Old Trophy.

1.50 Newmarket
With eight runners declared for the Bahrain International Sir Henry Cecil Stakes, the race shapes up as an attractive combination trifecta medium. Al Suhail (1) has prospects if one is prepared to overlook a poor run in the 2000 Guineas when the Godolphin colt beat only one home. Perhaps he is better judged on last autumn’s second to Military March (soft) at HQ and the official handicapper has Al Suhail top rated. Again, rain is forecast so a going check will be important.

Lord Campari (3) caught the eye with his flashy Newbury victory when thrashing Tsar, and with both placed horses winning next time out, that looks a serious piece of form. Tilsit makes his turf debut after beating a modest bunch at Newcastle by an incredible 19 lengths. This is altogether tougher and, of the more fancied horses, he is the one I’m prepared to knock out of the perm. Mystery Power (5) is a contender if recapturing the form of his Mill Reef Stakes second to Pierre Lapin, but a more serious adversary may be Magical Morning (4), moving up in class after winning at Doncaster and Yarmouth.

Back the selections at Tote.co.uk

My perm at Newton Abbot on Tuesday perm fell at the final hurdle, an occurrence not unfamiliar to Placepot regulars, so let’s hope for better luck over the border in Wales. With all six relevant races unfolding on the straight course, my selections may be at the mercy of any draw bias. Usually, I prefer to be berthed higher near the stands’ rail at Chepstow but that may not be such an issue this evening with fairly small fields.

The opening maiden over five furlongs sees Identified (2) switched to turf on the back of a close third on the Polytrack at Lingfield. Archie Watson’s colt needs only to repeat that effort behind Different Face and Bungledupinblue to play a leading role. Swooper (4) caught the eye at Wolverhampton and winner Gussy Mac franked the form by catching strong-travelling Significantly in a Listed sprint at Sandown last weekend. Vedute (6), second at Haydock behind Richard Hannon’s Fountain Cross, is included in a ‘safety-first’ start to the Placepot. With eight runners declared, any non-runner would mean only two places up for grabs.

With seven declared for the second leg, three selections are again advised, with class-dropping Cowboy Soldier (2) and Dave Dexter (1) winning a vote alongside Chitra (6), third over course and distance on her previous outing.

The Novice Stakes has attracted 11 runners and Mottrib (1) and Beauty Choice (4) fly the flag. Roger Varian’s Mottrib won on soft at Newbury last summer and has scope for more improvement. Beauty Choice never recovered from a sloppy break at Haydock but it appeared quite a strong contest, with runner-up Mountain Brave scoring in game fashion at Leicester on Tuesday evening.

Low-grade handicaps are often a minefield and this is one of them. Sir Mark Prescott saddles warm favourite Le Reveur, but he has disappointed in the past. The top weight may well improve wearing a visor but I’ll take a chance and leave him out of calculations. Blairlogie (6) has twice been placed at Leicester since the resumption and seems a sensible choice. Clog Na Fola (10) proved a handful here six days ago, dislodging Gavin Ashton on the way to post. However, she did little wrong when the stalls opened, running third to favourite Queen of Silca. Grace Note (4) led for a long way over a longer distance at Lingfield and should be prominent from her high draw.

With eight runners declared in the fifth leg, fingers crossed they all go to post. Mick Appleby’s team is in top order and Barrington (2) can help keep the show on the road. Barrington lost on the nod at Kempton six days ago so we know he’s in good order, while Sir Roderic (1) runs this undulating track very well. First-time blinkers worked a treat at Goodwood in mid-June and they are on again. Double Up is seriously well handicapped and could pop up any time soon. That remark applies equally to Newbury third Madame Tantzy in an open contest.

The final leg is another eight-runner handicap and may be best left to Ragstone View (1) and Rotherwick (2). Ragstone View hasn’t been seen since running fourth behind Bungee Jump here last September but that represents solid form in this grade if turning up fit for the job. Rotherwick is a frustrating devil but often runs into a place. This is easier than his most recent outing at Newmarket behind Golden Wolf.

You can play the Tote Placepot for as little as 1p per line. Pick yours at Tote.co.uk 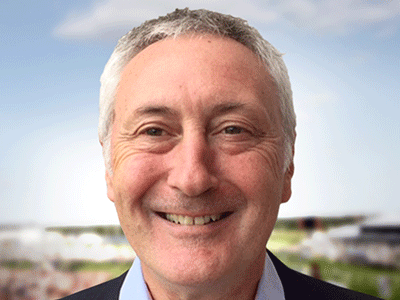 Rollovers and other strategies

Kate Tracey landed the Placepot at Stratford to four lines on Wednesday and Alan Thomson is now in...

The master of Carlburg Stables had a brilliant Royal Ascot and gives us the inside track on his...