Our French racing expert has four selections plus analysis online for Deauville - live on Sky Sports Racing - plus Vichy on Saturday.

There is a lot of action in France this Saturday, with some Group action at Deauville, some top-class jumpers at Dieppe and an interesting late afternoon meeting at Vichy.

Eight runners line-up in the 2.50, a Class 2 contest over 9f on turf. There are six fillies in this field, headed by Marieta who has only been a shadow of herself in two starts this year, Lady Galore, who has been unable to recapture any of her 2019 form, and Desobeissance who comes in this race on the back of second place in a similar contest at Vichy.

So, it seems that we may have the answer with the colts and more precisely with GOLDEN BOY. A promising horse at two, that finished third in the Group 3 Prix Eclipse at Maisons-Laffitte I his last start of 2019, he has run well on both starts this season and has surely been safely kept for this excellent entry, at a racecourse where he is trained.

He probably did not enjoy the best of run when finishing second to Alocasia in his last start, and it is easy to think that the extra furlong and going around the bend will make his life easier. There is no place where the horse’s connections like to win more than Deauville and we can expect a big run from Golden Boy.

The Group 2 Prix Hocquart takes place at 3.25 and many of us saw that PORT GUILLAUME was the fastest finisher in the Prix du Jockey-Club at Chantilly. He came from a long way back and Cristian Demuro had to keep switching lines to stay clear from his rivals in the home stretch. He was particularly unbalanced one furlong from home when he had to come outside a fading Hurricane Dream but still, found enough to accelerate again.

He faces Pao Alto again, who was just behind him in the French Derby, but I believe that Port Guillaume has more room for progress than the Wertheimer’s colt. Volkan Star and Ketil are closely matched but would they have stood a chance at Chantilly? I’m not sure.

Tuscan Gaze won the Italian Derby by a nose ahead of King’s Caper who is rated seven pound lower than Volkan Star. Dick Whittington is a beautiful horse and looks the rising force in this race, but he is taking a serious step up in grade and will not win unless he has improved a good few length on his last start, which remains a possibility.

But it seems that Port Guillaume offers more guaranties than any other horse in the race and I’ll stick to him even at a short starting price.

My last selection of the day is in the 6.15, the last race on the card, a fifteen-runner handicap over 9.5f on the fibresand. CROCY is likely to be at a price worth looking at. He has been consistent throughout 2019 off his current mark and put in two fine efforts early this year in the same division. He won on his comeback run in 2019 so I’m not worried than he is off since last March.

He has run three times over today’s course & distance for two second places and a fourth in races of the same calibre as today. This contest is wide open, but he comes in fresh and under a competitive mark. Cristian Demuro has been called to ride so you must expect the horse in a very good racing condition. If he shows his best side, which I don’t doubt, he should go very close.

It has become a rewarding process to follow horses that run for Frédéric Rossi after the Marseille-based-trainer has claimed them. Very often they do score in their first attempt for their new handler, or at least they win on their second run for him. But after two races for Rossi, OTELLO (7.30) has failed to comply with the “rule”.

He was bought after his first run when finishing third in a claimer at Lyon-Parilly but could not manage better than last of five in his next start, the first one under Frédéric Rossi’s banner, in a 6f Marseille-Borély maiden.

Othello ran a much better race over 7f next time out at Vichy, back in a claimer and without blinkers, and one could think that the extra furlong today may just be what he needs to get off the mark. This horse is in a race of his league and will surely appreciate the step-up to a mile. Sylvain Ruis who was on him last two times is on board again and the pair looks all set for a good performance.

National Hunt fans will be delighted to see Master Dino, under James Reveley, back over the big obstacles this Saturday in the 10.30 at Dieppe. Guillaume Macaire has the 2020 Grand Steeple de Paris (exceptionally run on 18th October this year) as the target for his horse and this is the second step toward the big race.

I can’t advise to back him as he will be at a very short price, but we can be hopeful that he will win so he can continue his small build up towards the 18 October.

My next tipping column will be on 9th August for top-class action from Deauville and a mouth-watering Prix Maurice de Gheest - live on Sky Sports Racing. 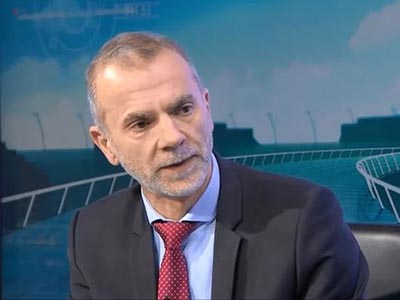 The upwardly-mobile Deauville trainer on his runners at his local course, including the unbeaten...

Rhys Williams reveals the most recent seven runners to have made it into his ATR Tracker.
bet365
Sign up to bet365. Click to View Bonus Code Details