Gary Nutting’s 20-1 each-way Stewards’ Cup selection Kimifive was beaten a whisker and our ante-post expert now takes aim at the Runnymede Handicap at Ascot on Saturday.

Jim Crowley has booked rides at Ascot only on Saturday and one who appeals at early prices is KALOOR in the Runnymede Handicap.

The former Brian Meehan-trained four-year-old has had three starts for David Menuisier this summer, catching the eye on each occasion (more on that later).

A mile winner at Salisbury on his only two-year-old start, he was a promising third on last season’s reappearance in a hot conditions event at Newbury but rather lost his way after being pitched into a couple of Derby trials.

Gelded after a creditable fifth in the Bibury Cup back at Salisbury in late June last year, he returned in September to finish a good third in a 1m4f handicap at Ascot before taking a step backwards again at Newbury on his final start for Meehan (race may have come too soon).

Menuisier appears to have gone back to basics with him, starting him off over a mile (Haydock), then ten furlongs (Doncaster) and last time over 1m6f at Sandown.

Kaloor has finished all three races off nicely under hold-up rides, which should have helped restore his confidence, and that last effort reads particularly well after Hochfeld, who finished just behind him, won a competitive staying handicap at Goodwood at the weekend.

Moving up to two miles is another step into unknown territory but he shapes as if he’ll stay, half-sister Twitch was a Listed winner over 1m6f and his sire Nathaniel imparts plenty of stamina into his progeny (Northumberland Plate winner Caravan Of Hope being a pertinent recent example).

With the Menuisier team in cracking form and Crowley lined up (won on him at Salisbury and rode him first time up this season), he’s worth risking at double-digit odds.

Gary started his look at selected races for the 2021 Cheltenham Festival during his stint as stand-in for Hugh Taylor’s column. 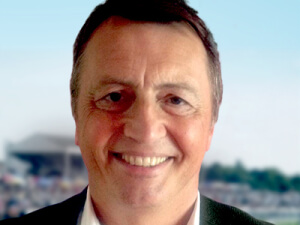 Space Blues out of this world in Maurice de Gheest

The upwardly-mobile Deauville trainer on his runners at his local course, including the unbeaten...