Year on year, the irrepressible Mick Appleby goes head to head with racing’s superpowers in his annual quest to be crowned the All-Weather Championships’ leading trainer – and he is as determined as ever to claim a remarkable fifth title come Good Friday.

The Oakham trainer may lack the star names and expensive pedigrees of his powerful rivals, but his strength in numbers and a knack for improving modest horses on the sand has seen him crowned top dog for the last three years.

In fact, in the seven seasons of the Championships the Yorkshireman has not only topped the charts four times, but has finished second in each of the other three campaigns – twice to the might of Mark Johnston and once to Godolphin’s Charlie Appleby.

He even edged out John Gosden by just one winner when reaching 50 for the season in 2018/19, but recorded a personal best last term with a tally of 54, even though the Championships ground to a halt three weeks early due to the Covid-19 pandemic.

“We don’t have a lot of highly rated horses or expensive youngsters, but we are pretty much full to capacity thanks to the support of our loyal owners and will be busy at the sales recruiting a few more for the All-Weather,” says Appleby.

“I do think it’s going to be hard this year, competing against the big trainers who will have a lot of young horses to run, but we do have strength in depth at our own level and I know that the majority of horses we send to the races are capable of winning.”

Appleby made his name at Southwell when he trained nearby at Newark and is the third most successful trainer there in the 30-year history of the Fibresand track with 185 winners. However, he has topped a century at Wolverhampton and enjoys considerable success at Chelmsford City, too.

This winter Appleby has renewed links with former stable jockey Andrew Mullen, who has been riding out from his Oakham base, and plans to give opportunities to Josie Gordon, who has been work riding on Wednesdays.

Her will also remain loyal to Ali Rawlinson and apprentice Theo Ladd, while champion jockey Ben Curtis will get the chance to build on his respectable 16 per cent strike rate for the stable.

A new face at Appleby’s yard is 7lb claimer Fred Larson, who has joined from Andrew Balding’s renowned academy. “Fred is very dedicated to the job and works hard on his fitness and technique. He will be a useful asset,” adds Appleby.

Here, the Champion Trainer reveals 12 horses to follow for Season 8.

He was a star for us two seasons ago and would have won one of those Listed races around Lingfield if John Gosden’s Wissahickon hadn’t been around. His owners The Horse Watchers were keen to buy him back at Goffs Sales in September and got him for just £14,000. They sold him to Jamie Osborne’s owners The Melbourne 10 for 60,000gns the previous autumn so he owes them nothing. We’ve given him a break but he’ll be back in 10f handicaps sometime in November. He’s 22lb lower than he was so I’m hoping we can have some more fun with him.

I’ve got high hopes for this gelding who’s at his best on the All-Weather. He showed us nothing at Doncaster and York but hasn’t put a foot wrong on the sand, winning a novice at Newcastle when racing resumed in June. He’s since finished a close third back there and over 7f at Lingfield and has the scope to progress from a mark in the mid-80s to contest some of those more valuable sprint handicaps. He’s very useful.

A lightly raced 4yo, he came to me from Dermot Weld a year ago from the Goffs Autumn Sales. I took my time with him and was happy with his form on turf - good seconds at Windsor and Newbury over 10f in late summer. He ran another decent race over 1m1f at Newmarket, staying on with some purpose, and looks ready for a step up to 1m4f. A galloping test like Newcastle should play to his strengths.

Formerly with Saeed Bin Suroor, this gelding has already won for us three times – twice at Lingfield over 6f and 7f and initially at Chelmsford. He proved his class when we took him out to Sweden in May, finishing third in a Listed race over 6f on sand at Bro Park. He goes into the new season on a mark of 92 so will get into some of the more valuable handicaps and seems to thrive around the sharp turns at Lingfield.

Owned by Middleham Park Racing, he has fallen to a very workable mark and we’ve gelded him in readiness for the All-Weather season. He hasn’t managed to win this year but has made the frame on plenty of occasions but we just felt he might have started thinking a bit too much. I’m hoping the operation will focus him enough to make an impact at Wolverhampton and Southwell, where he has shown his best form.

He’s been very consistent since we got him from Dean Ivory last August and resumes on a very attractive mark compared to the one he won off on his stable debut at Catterick. I was happy with his third at Southwell over 7f in early October – the fifth time he’d been placed there in six starts. He’s not a superstar but he gives his owners plenty of enjoyment and should be very competitive.

This colt has low mileage and particularly enjoys the All-Weather. He showed his versatility by winning at Newcastle and Lingfield Park last winter and he’s also finished second around Wolverhampton. We’ve tried him on turf a few times but he isn’t as effective but he is at least back down to a competitive mark. His two All-Weather wins have come over 7f, so options are very much open with him.

A nice filly who came to me from Tony Carroll and showed me on her first run for us that she should be competitive in small sprint handicaps. She finished fifth over 6f at Chelmsford City but was only beaten a couple of lengths despite a slow start. She’s rated around the 60 mark but I see her as a 75 filly so I’m expecting to see her progress through the winter.

Ben Curtis won on her at Lingfield early in the New Year, not long after she came to me from Ireland, and her All-Weather form after that was respectable. I was pleased with her re-appearance off a fairly long break at Yarmouth in September and she wasn’t beaten far in a 6f handicap at Wolverhampton afterwards. She ran well over 7f at Kempton in February so I’m keen to step her back up in trip.

A son of Starspangledbanner, this 3yo is very quick but didn’t manage to win for Joseph O’Brien, although he was placed several times before being bought to join me in August for 38,000gns. I was very pleased with his debut run for me at Newcastle at the end of September when he finished mid-division in a 6f novice but was beaten little more than two lengths. He’s quite highly rated off a mark in the high 70s but has the speed to make his mark on those sharp All-Weather tracks.

Red Jasper gave Ben Curtis is 100th winner last season when he got the verdict at Kempton and will be ready to carry on where he left off after running at Pontefract at the beginning of October. The ground was deep there and didn’t suit him but I’m happy to have got that run into him. He’s only gone up 1lb for winning at Kempton and showed what a useful horse he is when blowing the start at Newcastle in January and passing them all to win there, too.

This two-year-old improved run by run to make all the running in a 7f nursery at Kempton Park in August. We stepped him up in trip and switched him to turf but he didn’t enjoy the easy ground at Salisbury and will be sharper for his run on the Polytrack at Lingfield following a short break. He’s rated higher on the All-Weather than he is on turf but is better suited to it and looks a nice sort for those back-end nurseries and early 3yo handicaps. 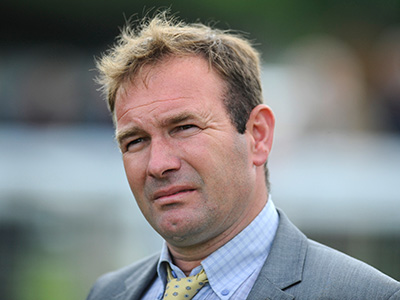 Crowds could return on Wednesday under post-lockdown tier system

Four racecourses may all welcome back spectators.

Hugh tipped up 18-1 winner Sir Hector on Monday and his two bets for Thursday's racing are live.

New UK customers only. £10 Min Deposit. 100% matched free bet on your first deposit of £10. 1 x wagering at odds of 1.75+ to unlock Free Bets. Debit Card & Paypal deposits only. This offer is valid for 7 days from your new account being registered. Full Terms apply. 18+. BeGambleAware.org. Bet The Responsible Way.

New customer offer: Sign up to Unibet and get up to £40 back as bonus funds if your first bet loses & a £10 Casino Bonus.