THE New Year is upon us, which can mean only one thing to international horse racing enthusiasts: the Dubai World Cup Carnival, the 17th edition of which begins on Thursday, live on Sky Sports Racing, with the opening skirmishes of the three-month jamboree at magnificent Meydan.

The $12 million Dubai World Cup has forfeited its position as the world’s richest race to the new $20m Saudi Cup in Riyadh on February 29 but what’s $8m between friends?

With $35m on the table altogether, the March 28 card remains the most richly endowed raceday on the planet – and before it arrives, nearly $12.75m is on offer spread across 61 thoroughbred races (plus four purebred Arabians) as Meydan hosts ten carnival meetings (nine consecutive Thursdays before ‘Super Saturday’ on March 7).

While other racing jurisdictions have opened their eyes to the virtues of global competition, Dubai was the pioneer. Nowhere are you likely to find a more cosmopolitan series of racecards – even if it appears increasingly hard to beat a home team lead by the invincible Godolphin horde.

Last year, the carnival played host to a fierce internecine rivalry between Charlie Appleby and Saeed Bin Suroor, who between them won close on 50% of the available races. Incidentally, they’ll have to do without William Buick this week, when he is suspended after a Japanese riding infringement.

With six-time UAE champion trainer Doug Watson already going great guns at the pre-carnival domestic meetings – plus the likes of longserving Satish Seemar, Salem Bin Ghadayer and assorted others – there are unlikely to be any easy pickings for the visitors.

Yet despite the seemingly supercharged nature of the domestic defence, high-class horses from all four corners of the globe will still be converging on Meydan.

The initial list of carnival-accepted horses published early in December by the Dubai Racing Club featured 237 overseas horses representing a total of 76 trainers and from 16 different countries, from America to America via Turkey, Scandinavia and South Korea. Things may have changed since then, and it remains to be seen who will actually turn up, but already yet another nation has been added to the list in the shape of Macau, for whom trainer MC Tam, twice a winner at past carnivals, is back after a lengthy absence with Fasuba.

Other notables include Blue Chipper, who performed with credit for South Korea (who struck last year with Dolkong) at the Breeders’ Cup, plus Norwegian star Square De Luynes – the so-called ‘Frankel of the Fjords’ – and Pia Brandt’s UAE Guineas winner Silva. Chilean Triple Crown winner Caribianco also features among the acceptors for Saudi-based Nawaf Almandeel but it must be presumed the Saudi Cup meeting will be his priority.

With these and other adventurous types on the carnival racecard, one can only hope the riches are shared out among more than a few hands. The ideal of cosmopolitan competition is a noble one but they need to be doing more than just making up the numbers.

Easier said than done with Godolphin lying in wait, it has to be admitted.

The only overseas-based trainer to mount anything like a sustained challenge to Godolphin’s carnival hegemony, the South African legend once had 40 horses at his Dubai satellite yard. Now he has only five horses set to take up the mantle in 2020.

Mike De Kock’s stats have been in drastic decline, to the extent that he saddled just one winner (33-1 shot Baroot) last season from 46 runners at Meydan. There are reasons for this: not only is the South African racing industry in crisis at home, export protocols requiring three-month quarantine periods in Mauritius as a result of the long European Union ban on African horses have severely limited De Kock’s ability to transport horses abroad.

Like everyone else, De Kock has also found it impossible to compete with Dubai-trained horses on the dirt since the Tapeta was removed, which also partly explains why he is setting up a new satellite yard with his son Matthew in Australia.

Ironically, with De Kock diminished, the overseas trainer who looks best placed to pick up some crumbs from the Godolphin table is one of their own in the shape of Simon Crisford – always assuming he really can be considered a properly overseas trainer, that is. Nobody knows the Dubai racing scene better than the former Godolphin racing manager, who has a De Kock-like string of 18 horses based at his satellite yard.

It is fascinating to note where most of them have come from, because the answer is more or less Godolphin, albeit via horses who seem to have lost their way and now appear under the Rabbah Racing banner. These include former Charlie Appleby representatives such as Gold Town – ten-length UAE 2,000 Guineas victor in 2018 – plus Meydan dirt scorer Van Der Decken and Rastrelli. Others used to carry the Princess Haya silks in the care of John Gosden, and there are three or four who raced in France in the Godolphin blue in France. Interesting indeed.

Intuitive, a four-time AW winner for James Tate, has joined Crisford after a 190,000gns purchase at the Tattersalls Autumn Horses-in-Training Sales.

California’s loss is Dubai’s gain with Kentucky Derby-winning trainer Doug O’Neill set to be represented by a double-figure squad headed by dual World Cup fourth placer Pavel. “That is our dream – the World Cup with Pavel,” says O’Neill. “He’s definitely the leader of our group. He really does enjoy it over there and I think all of our horses do when they go.”

While US-based trainers are reliably competitive on World Cup night, they are rather more of a rarity at the preceding carnival. Even those sorties, such as Kenny McPeek’s four-horse assault 12 months ago, have generally cut little ice (with one or two high-profile exceptions).

The uncertainties surrounding racing at troubled Santa Anita this winter have prompted O’Neill’s plan to target Dubai and he has as many as 17 horses on the acceptors’ list. They include G3 winner Blitzkrieg, G2-placed Landeskog and turf sprinters Truck Salesman and Wildman Jack. “Pavel is the rock star we have coming,” adds O’Neill, who won the Godolphin Mile in 2006 with Spring At Last. “I’m feeling like we’re bringing over a group of horses who can be competitive in the better races.”

With more races framed for horses rated 90-95, there will be a big Scandinavian presence. Overlook them at your peril: the racing scene is on the up in the region, and they might even have a star turn in Square De Luynes, trained by Niels Petersen in Norway.

The four-year-old son of Manduro thrashed his rivals with a seven-length smash-up on his most recent outing in the G3 Stockholm Cup at Bro Park in Sweden, having already won the 2018 Norsk Derby (Listed), Oslo Cup (G3) and Marit Sveaas Minnelop (G3).

Petersen’s team also includes the 2019 Norsk Derby winner Privilegiado – described as “very smart” by his trainer – plus Al Bastikiya runner-up Nordic Defense, while Sweden’s Susanne Berneklint also fields a decent team including I Kirk, who won on Meydan dirt in 2019. 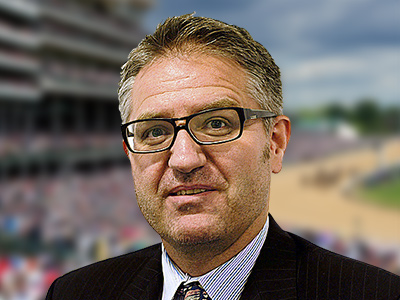 Godolphin: Horses to Follow at the Dubai World Cup Carnival

Laurent Barbarin has five ex-French horses for your ATR Tracker this week, including horses who...
bet365
Sign up to bet365 using bonus code ATR100