All-Weather Championships Season 8 gets underway on the Newcastle Tapeta on Tuesday with a Fast Track Qualifier for the 3YO Final at Lingfield Park on Good Friday. Our All-Weather expert Simon Mapletoft previews the action.

williamhill
Up to £30 in free bets

DESERT GULF can confirm the promise of his winning debut at Wolverhampton by claiming the first of 24 Fast Track Qualifiers when he re-appears in the 6f Play Ladbrokes 5-A-Side On Football Conditions Stakes at Newcastle on Tuesday (3.35).

William Knight’s son of Kodiac made a big impression when wearing down the 99-rated favourite Lauded in a 6f novice event and promises to be even better suited by the stiffer nature of the test at Gosforth Park.

Lauded had finished third in the Group 2 Richmond Stakes at Glorious Goodwood – just a neck behind top rated opponent Yazaman, who steps onto the All-Weather for the first time.

Like Desert Gulf, he should also appreciate this climbing, straight six but appears a shade vulnerable to Knight’s relatively unexposed colt at this stage of a long campaign.

It’s a measure of his potential that Hills pitches him in here off a mark of 87, rather than trying to exploit the nursery route, so a big run looks assured even though he may have to improve markedly to clinch the golden ticket.

It’s hard to believe that Karl Burke’s Significantly remains a maiden after seven starts. He has finished second in five of them, including the Listed Dragon Stakes at Sandown, but was just behind Koepp at Haydock last time and may struggle to reserve the form with that rival.

BLACKHEATH has proven expensive to follow since winning a 7f Yarmouth handicap in June but has given notice that he is about to hit top form and is worth chancing in the Betway Casino Handicap (3.00) at Newcastle on Tuesday.

Ed Walker’s gelding was beaten little more than a length in a competitive 7f handicap at Newbury last month but can go one better on a rare foray on the All-Weather.

A winner on Tapeta at Wolverhampton, he thrives on a straight galloping track and should prove effective over this stiff 6f with top northern jockey PJ McDonald in the plate.

The one Blackheath may have to beat is James Fanshawe’s Fresh, who looked useful when taking a 6f handicap at Kempton in August but has paid a heavy price for that and a subsequent close second at Ascot. He may not have much wiggle room off an elevated mark of 90. 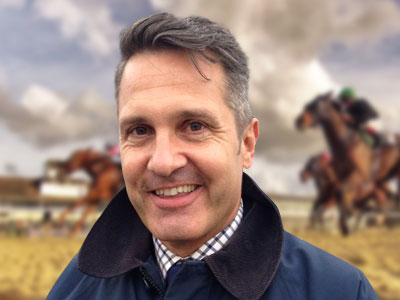 By George! Boughey's out to make a name for himself on the sand

All-Weather apprentices: New talent set to shine on the sand

Godolphin star was among the world’s highest-rated horses.

Our resident French expert has selections for the action at Compiegne and Deauville on Tuesday,...

New UK customers only. £10 Min Deposit. 100% matched free bet on your first deposit of £10. 1 x wagering at odds of 1.75+ to unlock Free Bets. Debit Card & Paypal deposits only. This offer is valid for 7 days from your new account being registered. Full Terms apply.

New customer offer: Sign up to Unibet and get up to £40 back as bonus funds if your first bet loses & a £10 Casino Bonus.

New customers only. 18+, BeGambleAware.org. Min deposit £10. Money back as bonus. Wagering requirements: Racing 3x at min. odds of 1.40 (2/5), Casino 35x. Only one bonus can be used at a time. Racing bonus must be wagered before using the Casino bonus, unless the bonus has been forfeited. Bonus will expire after 7 days of opt-in. #ad. Further T&C's may apply.